On 15.01.2021, Wurzburg and Braunschweig will cross swords in the German 2nd Bundesliga. The referee will get the game underway at 18:30. The game brings together the team currently in 18th place side against the 16th.

Wurzburger Kickers recently won an encounter 2:3 against Osnabrück. In the past 6 months, the home team was able to win 2 out of 15 matches. Wurzburg had one win, two draws and five losses at home. Wurzburg has managed to win 1 out of 8 home games (12.5%) in the current season (20/21) so far. Two matches ended in a tie and five games were lost at home. All in all, Wurzburg has two victories, two draws und eleven losses after 15 season games.

In the second 45 minutes of the game, coach Bernhard Trares’ team can achieve more goals on average. Wurzburg’s current record shows an average of 3,75 goals per game, of which 1,38 are their own goals and 2,38 are goals scored against them. In the current season, home matches most often end 2:3, 1:1 or 2:4.

Braunschweig recently lost 3:1 against Aue. This season, the team has been successful 0 out of 7 away games so far (0%). In the past 6 months, Braunschweig has won three matches, three games ended in a tie and three games were lost. In games in away stadium zero wins were achieved. Five matches were lost while two matches ended without a winning team. 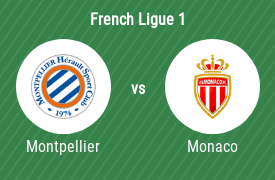