The encounter between Villarreal and Valladolid in the Spanish La Liga will take place on 02.11.2020 at 21:00. As usual for Villarreal home games, the match will be played on Monday in the Estadio El Madrigal. This means that the 4th place side will play against the 20th in the table of the Spanish La Liga.

Villarreal CF recently played a game 0:0 against Cadiz. The hosts were able to decide 9 of their 17 games of the past 6 months in their favour. The team has had six wins, two draws and two defeats at their home stadium. In the current season, Villarreal won 75% (3 out of 4) of the matches in their own stadium. 1 times it was enough to score one point, while 0 times the guests took all points. After 7 duels in the season, Villarreal has three wins, three draws and one defeat.

Coach Unai Emery’s eleven tends to score after the half-time break. Villarreal currently scores an average of 2,00 goals per home game and receives 1,00 goals. This results in a total of 3,00 goals per game. A look at last season’s goal record shows Villarreal CF at home with an average of 1,95 goals. The average number of goals conceded in front of their own fans is 1,32. Home games usually ended 1:2, 2:0 or 2:2 in the previous season. In the current season, the most frequent result in home matches was 2:1, 3:1 or 1:1.

Their last match, Valladolid had lost 0:2 against Alaves. This season, the team has been able to win 0 out of 3 matches in away stadiums (0%). The statistics for the past 6 months show three victories, seven draws und eight defeats. During that period Valladolid won one away game while the team lost five games at away stadiums and two games ended in a tie. 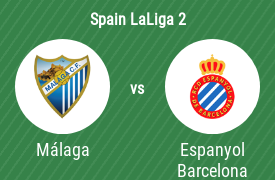