On 09.11.2020, Umea and Sundsvall will cross swords in the Swedish Superettan. The referee will get the game underway at 19:00. The actual 15th place side thus facesthe 5th.

Umea FC played its last match 0:0 against Ljungskille. In the recent 6 months, the home team has managed to win 4 out of 26 matches. Umea had two wins, five draws and six defeats in their home matches. Umea has managed to win 2 out of 13 home games (15.38%) in the current season (2020) so far. Five games ended in a tie and six matches were lost at home. After a total of 26 games in the season, Umea has four wins, ten draws and twelve defeats.

Coach Brian Clarhaut’s eleven tends to score in the second 45 minutes of the game. Umea currently achieves an average of 1,00 goals per home game and concedes 1,62 goals. This results in a total of 2,62 goals per game. A look at last season’s goal record shows Umea FC at home with an average of 1,00 goals. The average number of goals conceded per home match is 1,00. The most often final score in their own stadium last season was 1:1, 0:1 or 1:2.

Their last match, Sundsvall had won 4:1 against Örgryte. The team has been victorious in 4 out of 13 matches in away stadiums (30.77%) so far in this season. The statistics for the past 6 months show eleven wins, seven draws und eight defeats. In games in away stadium four wins were achieved. Four games were lost while five matches ended without a winning team. 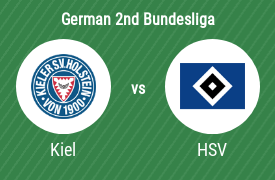