Young Boys have a slight advantage over Ferencvarosi TC in terms of strength, and the former have been more aggressive in their previous Champions league matches, so there is a slight preference for them to win the first leg.

Both sides have no confrontation record in history, and there were no psychological advantages. the two teams recently all have a big victory, are in the period of high morale. Asian Handicap started as -1 to the hosts, which gives a lot of support to them even if the opponent have won five of the last six away games. Thus, we d better expect Young Boys to take a win. 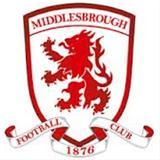