In the Italian Serie A Udinese Calcio and Inter will compete against each other on 23.01.2021 at 18:00. Stadio Friuli is the venue where the match is taking place on Saturday. Thus, 2nd placed team in the table is guesting at the actual 15th.

Udinese Calcio 1896 recently lost a duel 2:1 against Sampdoria Genua. In the recent 6 months, the home team was able to win 6 out of 21 matches. The team has had three victories, one draw and six defeats at their home stadium. In the current season 20/21, Udinese Calcio has so far managed to win 2 out of 8 home games (25%). One match ended in a tie and five games were lost at home. In total, Udinese Calcio has won 4 out of 17 season games. While it was enough to draw four matches, nine games ended without points.

More goals are scored by Luca Gotti’s team during the second 45 minutes of the game. Udinese Calcio currently achieves an average of 0,75 goals per match at home and receives 1,38 goals. This results in a total of 2,13 goals per game. Last season, Udinese Calcio 1896 scored an average of 0,95 goals at home. At the same time, the team conceded 1,21 goals per home match. The most frequent results at their home stadium last season were 0:0, 1:0 or 2:1. The most often final score in their own stadium last season was 1:2, 0:2 or 0:0.

Inter last won 2:0 against Juventus. This season, the team has been victorious in 5 out of 9 matches in away stadiums (55.56%). Inter has won fifteen matches and lost two games in the last 6 months, with six games ending in a draw. Inter was able to win seven away victories. The team lost one game in the foreign stadium and in four matches the teams separated with a draw.

There have been 2,22 away goals scored by Antonio Conte’s team on average this season. Most of these coming in the second half-time. On average, 3,33 goals are scored when Inter plays in foreign stadiums. Last season’s statistics show Inter scoring 2,16 goals per away match, while they conceded 1,00 goals. As the away team last season, the side’s game most often ended 2:1, 2:0 or 3:0. Inter’s away games this season have ended primarily 1:1, 2:2 or 1:2. 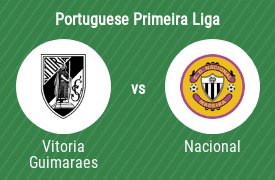