Udinese Calcio and Crotone play each other in the Italian Serie A on 15.12.2020 at 18:30. The stadium for the match on Tuesday is Stadio Friuli. This means that the present 14th is playing against the 20th in the table.

More goals are scored by Luca Gotti’s team during the second 45 minutes of the game. According to current statistics, Udinese Calcio will score 1,00 goals in each home game and will concede 1,40 goals, which is 2,40 goals in total per game in front of their own fans. A look at last season’s goal record shows Udinese Calcio 1896 at home with an average of 0,95 goals. The average number of goals conceded per home match is 1,21. In front of their own fans, the team’s games mostly finished 0:0, 1:0 or 2:1 last season. The most often final score in their own stadium last season was 1:0, 1:2 or 3:2.

Their last match, Crotone had lost 0:4 against Neapel. This season, the team has been successful 0 out of 5 matches in away stadiums (0%). Crotone managed to win zero away victories. The team lost four matches in the foreign stadium and in one match the teams separated with a draw. 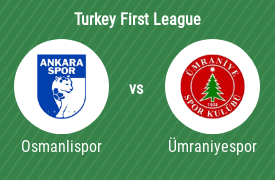