The Norwegian OBOS-Ligaen game between Tromso and HamKam will take place on 28.10.2020 at 18:00. The actual top team of the league is therefore facing the 11th placed team.

In their last duel Tromso IL lost 4:2 against Stjordals/Blink. The home team has won 14 out of 22 matches in the recent six months. The team has had eight victories, two draws and one defeat at their home stadium. In the current season, Tromso won 72.73% (8 out of 11) of the matches in their own stadium. 1 times it was enough to score one point, while 1 times the guests took all points. Overall, Tromso has fourteen wins, four draws und four losses after 22 season games.

More goals are scored by Gaute Helstrup’s team in the first 45 minutes of the match. According to current numbers, Tromso will score 2,27 goals in each home game and will concede 1,09 goals, which is 3,36 goals in total per match in front of their own fans. In the current season, the most frequent result in home matches was 1:0, 1:1 or 5:4.

In their last match, HamKam won 2:1 against Sogndal. This season, the team has been able to win 5 out of 11 away games so far (45.45%). HamKam has won seven games and lost ten games in the last 6 months, with five games ending in a tie. HamKam was able to win five away victories. The team lost four matches in the foreign stadium and in two games the teams separated with a draw.

Kjetil Rekdal’s team scores 1,55 away goals per game this season, mainly in the second half of the game. When HamKam plays in front of foreign fans, there is an overall average of 3,27 scored goals per match. Last season, HamKam finished with an average of 1,00 goals for and 1,73 against in away stadiums. As the away team last season, the side’s game most often ended 0:2, 2:1 or 0:1. In the current season, HamKam’s away games mostly ended 2:1, 2:2 or 2:0. 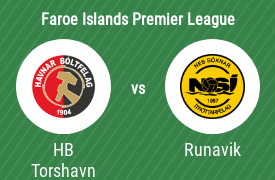