On 04.02.2021, Tottenham and Chelsea will cross swords in the English Premier League. The referee will get the game underway at 21:00. As usual for Tottenham home games, the match will be played on Thursday in the White Hart Lane. This fixture sees the actual 6th place side challenges the 7th in the table.

In their last game Tottenham Hotspur lost 1:3 against Liverpool. The hosts were able to decide 9 of their 19 games of the past 6 months in their favour. The team has had four wins, three draws and three losses at their home stadium. Tottenham has managed to win 4 out of 10 home games (40%) in the current season (20/21) so far. Three games ended in a draw and three games were lost at home. In total, Tottenham has won 9 out of 19 season games. While it was enough to draw six matches, four games ended without points.

In the first half, coach Jose Mourinho’s team can achieve more goals on average. Tottenham’s current record shows an average of 2,70 goals per match at home, of which 1,50 are their own goals and 1,20 are goals scored against them. A look at last season’s goal record shows Tottenham Hotspur at home with an average of 1,89 goals. The average number of goals conceded per home match is 0,89. Home games usually ended 2:1, 1:1 or 2:0 in the previous season. In the current season, home matches most often end 1:1, 2:0 or 1:3.

Chelsea last won 2:0 against Burnley. The team has been able to win 4 out of 10 matches in away stadiums (40%) so far in this season. Chelsea has won nine matches and lost six matches in the last 6 months, with six matches ending in a tie. In games in away stadium four victories were achieved. Four matches were lost while two games ended without a winning team.

There have been 1,40 away goals scored by Thomas Tuchel’s team on average this season. Most of these coming in the second 45 minutes of the game. Overall, Chelsea scored an average of 2,60 goals per away match. Last season, Chelsea finished with an average of 2,05 goals for and 2,00 against in their away games. Last last season, away matches most often ended 2:1, 3:2 or 2:2. In the current season, Chelsea’s away matches have usually ended 0:2, 1:0 or 1:3. 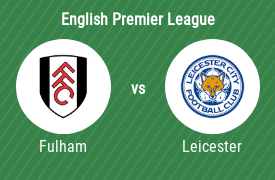