The German 2nd Bundesliga meeting between St Pauli and Bochum will take place on 28.01.2021 at 20:30. As usual for St Pauli home games, the match will be played on Thursday in the Millerntor Stadion. So the currently 15th place side is playing against the 2nd place side.

FC St Pauli recently won a match 2:0 against Regensburg. In the recent 6 months, the home team has managed to win 3 out of 17 matches. St Pauli had two victories, three draws and three losses in front of their home crowd. In the current season 20/21, St Pauli has so far managed to win 2 out of 8 home games (25%). Three games ended in a draw and three matches were lost at home. In total, St Pauli has won 3 out of 17 season games. While it was enough to draw seven matches, seven matches ended without points. Coach Timo Schultz’ eleven tends to score after the half-time break. St Pauli’s current record shows an average of 3,13 goals per match at home, of which 1,38 are their own goals and 1,75 are goals scored against them. Previous season, FC St Pauli scored an average of 1,41 goals in front of their own fans and conceded 0,82 goals. The most frequent results at their home stadium last season were 1:1, 2:1 or 0:0. In the current season, home matches most often end 0:3, 2:2 or 2:0.

In their last game, Bochum played 1:1 against Sandhausen. This season, the team has been winning 4 out of 8 away games so far (50%). In the past 6 months, Bochum has won ten games, three matches ended in a draw and three matches were lost. Bochum was able to win four away victories. The team lost three matches in the foreign stadium and in one game the teams separated with a draw.

Thomas Reis’ team scores 1,50 away goals per game this season, mainly in the second half of the game. When Bochum plays away, there is an overall average of 2,88 scored goals per match. Previous season’s statistics show Bochum scoring 0,94 goals per away match, while they conceded 1,24 goals. As the away team last season, the side’s game most often ended 0:0, 0:2 or 2:1. Bochum’s away games this season have ended primarily 1:1, 2:0 or 0:2. 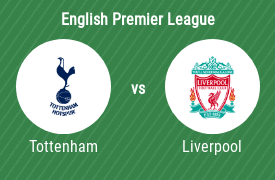