In the Italian Serie A Spezia and Sampdoria Genoa will compete against each other on 11.01.2021 at 20:45. As usual for Spezia home games, the match will be played on Monday in the Stadio Alberto Picco. So the currently 16th place side is playing against the 11th placed team.

Spezia Calcio won its last duel 1:2 against Neapel. In the past 6 months, the home team has managed to win 3 out of 16 matches. The home record for the last six months shows zero victories, three draws and five defeats. In the current season, Spezia won 0% (0 out of 8) of the matches in their own stadium. 1 times it was enough to score one point, while 5 times the guests took all points. Overall, Spezia has three wins, five draws und eight losses after 16 season games.

More goals are scored by Vincenzo Italiano’s team in the first 45 minutes of the game. Spezia currently scores an average of 1,00 goals per game at home and concedes 2,13 goals. This results in a total of 3,13 goals per game. In the current season, the most frequent result in home matches was 2:2, 1:2 or 1:4.

In their last match, Sampdoria Genoa won 2:1 against Inter. This season, the team has been successful 3 out of 8 matches in away stadiums (37.5%). The statistics for the past 6 months show nine wins, three draws und twelve losses. Sampdoria Genoa managed to win five away victories. The team lost six matches in the foreign stadium and in two matches the teams separated with a draw.

There have been 1,25 away goals scored by Claudio Ranieri’s team on average this season. Most of these coming in the first 45 minutes of the game. When Sampdoria Genoa plays away, there is an overall average of 2,88 scored goals per match. Last season, Sampdoria Genoa had an average of 1,21 goals for and 1,84 against in their away games. Last last season, away matches most often ended 0:2, 1:2 or 3:1. Sampdoria Genoa’s away games this season have ended primarily 2:1, 0:1 or 1:2. 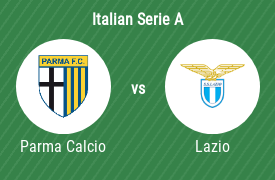