SC Sagamihara recently played a game 0:0 against Fukushima. In the past 6 months, the home team has managed to win 12 out of 26 matches. The home record for the last six months shows seven wins, five draws and one defeat. Sagamihara has managed to win 7 out of 13 home games (53.85%) in the current season (2020) so far. Five games ended in a draw and one match was lost at home. After 26 matches in the season, Sagamihara has twelve victories, nine draws and five losses. Sagamihara’s current record shows an average of 2,54 goals per game at home, of which 1,54 are their own goals and 1,00 are goals scored against them. The most often final score in their own stadium last season was 2:2, 1:0 or 3:2.

Current statistics of Cerezo Osaka U23

Their last match, Cerezo U23 had lost 0:2 against Azul Claro. The team has been victorious in 2 out of 12 away games (16.67%) so far in this season. The statistics for the past 6 months show four victories, seven draws und fourteen defeats. In games in away stadium two wins were achieved. Seven games were lost while three games ended without a winning team. When Cerezo U23 plays in an away stadium, there is an overall average of 2,50 scored goals per match. Cerezo U23’s most often played away 0:0, 0:2 or 1:0 in the running season. 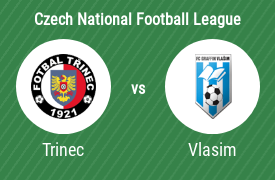