The Italian Serie A game between Sampdoria Genoa and Milan will take place on 06.12.2020 at 20:45. The arena for the match on Sunday is Stadio Luigi Ferraris. This means that the 11th placed team will play against the top team of the league of the Italian Serie A.

Before the break, coach Claudio Ranieri’s team can score more goals on average. Sampdoria Genoa’s current record shows an average of 3,25 goals per home match, of which 1,75 are their own goals and 1,50 are goals scored against them. Previous season, Unione Calcio Sampdoria scored an average of 1,32 goals at home. At the same time, the team conceded 1,58 goals in their own stadium. Home games usually ended 0:0, 1:2 or 3:0 in the previous season. The most frequent final score in their own stadium last season was 1:2, 1:1 or 3:0.

In their last game, Milan won 2:0 against Florenz. This season, the team has won 4 out of 4 away games so far (100%). Milan was able to win eight away victories. The team lost zero games in the foreign stadium and in two matches the teams separated with a draw.

There have been 2,25 away goals scored by Stefano Pioli’s team on average this season. Most of these coming in the second half of the game. On average, 3,00 goals are scored when Milan plays in foreign stadiums. Previous season’s statistics show Milan scoring 1,68 goals per away match, while they conceded 1,37 goals. As the away team last season, the side’s game most often ended 1:0, 4:1 or 2:1. In the current season, Milan’s away matches have usually ended 2:1, 3:1 or 2:0. 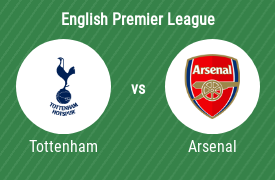