The Portuguese Primeira Liga meeting between Rio Ave and Santa Clara will take place on 25.01.2021 at 17:30. As usual for Rio Ave home games, the match will be played on Monday in the Estadio dos Arcos. This fixture sees the actual 10th contests the 11th placed team.

In their last match Rio Ave FC played 1:1 against Sporting. The hosts were able to win 4 of their 15 games of the recent 6 months in their favour. Rio Ave had two victories, two draws and two losses at home. In the current season, Rio Ave won 33.33% (2 out of 6) of the matches in their own stadium. 1 times it was enough to score one point, while 2 times the guests took all points. In total, Rio Ave has won 3 out of 14 season games. While it was enough to draw six games, five games ended without points.

More goals are scored by Pedro Filipe Fernandes da Silva Cunha’s team during the second 45 minutes of the game. According to current statistics, Rio Ave will score 1,00 goals in each home game and will concede 1,00 goals, which is 2,00 goals in total per match in front of their own fans. A look at last season’s goal record shows Rio Ave FC at home with an average of 1,59 goals. The average number of goals conceded per home match is 1,35. In front of their own fans, the team’s games mostly finished 1:1, 2:2 or 0:1 last season. In the current season, home matches most often end 0:0, 3:0 or 1:3.

Santa Clara last lost 1:2 against Famalicao. This season, the team has won 3 out of 7 matches in away stadiums (42.86%). In the past 6 months, Santa Clara has won four matches, four matches ended in a tie and four matches were lost. Santa Clara was able to win three away victories. The team lost three matches in the foreign stadium and in one game the teams separated with a draw. 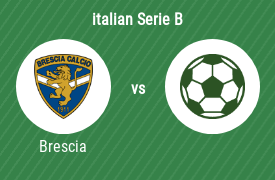