Rio Ave will host CS Maritimo in the Portuguese Primeira Liga on 28.12.2020. The duel will start at 19:45. As usual for Rio Ave home games, the match will be played on Monday in the Estadio dos Arcos. So 13rd place side in the table is guesting at the currently 9th place side.

Rio Ave FC lost its last duel 3:0 against Braga. In the past 6 months, the home team was able to win 5 out of 16 matches. The team has had three wins, three draws and one defeat at their home stadium. In the current season, Rio Ave won 25% (1 out of 4) of the matches in their own stadium. 1 times it was enough to score one point, while 1 times the guests took all points. In total, Rio Ave has won 2 out of 10 season games. While it was enough to draw five matches, three matches ended without points.

After the half-time break, coach Mario Silva’s team is able to score most of their goals. Rio Ave’s current record shows an average of 1,25 goals per game, of which 0,50 are their own goals and 0,75 are goals scored against them. A look at last season’s goal record shows Rio Ave FC at home with an average of 1,59 goals. The average number of goals conceded in their own stadium is 1,35. Home games usually ended 1:1, 2:2 or 0:1 in the previous season. In the current season, home matches most often end 0:0, 2:0 or 0:3.

In their last match, CS Maritimo won 1:0 against Belenenses. This season, the team has been winning 1 out of 5 away games so far (20%). The statistics for the past 6 months show six wins, three draws und seven defeats. In games in away stadium three wins were achieved. Five matches were lost while zero matches ended without a winning team.

There have been 1,20 away goals scored by Milton Mendes’ team on average this season. Most of these coming in the second 45 minutes of the game. When CS Maritimo plays in front of foreign fans, there is an overall average of 3,20 scored goals per match. Last season’s statistics show CS Maritimo scoring 0,59 goals per away match, while they conceded 1,24 goals. Last last season, away matches most often ended 0:1, 1:0 or 0:2. In the current season, CS Maritimo’s away games mostly ended 1:2, 3:2 or 0:2. 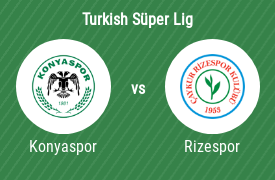