In the Danish Superliga Nordsjaelland and Brondby will match on 04.02.2021 at 20:00. The stadium for the match on Thursday is Farum Park. The game pits the team now in 8th placed team against the 2nd place side.

FC Nordsjaelland recently lost a duel 3:1 against Midtjylland. The hosts were able to win 4 of their 13 games of the recent 6 months in their favour. The home record for the last six months shows four victories, one draw and one loss. In the current season, Nordsjaelland won 66.67% (4 out of 6) of the matches in their own stadium. 1 times it was enough to score one point, while 1 times the guests took all points. Overall, Nordsjaelland has four wins, four draws und five defeats after 13 season games.

Coach Flemming Pedersen’s team tends to score in the second half. Nordsjaelland’s current record shows an average of 3,00 goals per game, of which 2,17 are their own goals and 0,83 are goals scored against them. A look at last season’s goal record shows FC Nordsjaelland at home with an average of 2,00 goals. The average number of goals conceded in their own stadium is 0,83. Home games usually ended 2:1, 2:2 or 0:1 in the previous season. The most often final score in their own stadium last season was 4:1, 0:1 or 3:1.

Current statistics of Brondby IF

Brondby last won 1:2 against Horsens. This season, the team has been able to win 4 out of 7 matches in away stadiums (57.14%). Brondby was able to win four away victories. The team lost three games in the foreign stadium and in zero matches the teams separated with a draw.

In the running season, coach Niels Frederiksen’s team have scored an average of 1,43 goals per away game, mainly after the half-time break of the match. On average, 2,86 goals are scored when Brondby plays in foreign stadiums. Last season’s statistics show Brondby scoring 1,50 goals per away match, while they conceded 1,42 goals. Last last season, away matches most often ended 1:2, 2:2 or 2:0. Brondby’s most likely played away 2:1, 1:3 or 2:0 in the current season. 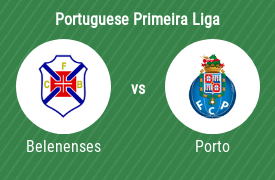