The Russia National League game between Nizhny and Baltika will take place on 09.10.2020 at 17:30. The present 2nd placed team meet the 7rd place side.

Nizhny Novgorod recently won an encounter 2:3 against Krasnodar 2. In the recent 6 months, the home team has managed to win 9 out of 13 matches. Nizhny had six victories, one draw and one defeat at home. Nizhny has managed to win 6 out of 8 home games (75%) in the current season (20/21) so far. One match ended in a tie and one game was lost at home. After a total of 13 duels in the season, Nizhny has nine victories, one draw and three defeats.

In the second half, coach Robert Yevdokimov’s team is able to score most of their goals. Nizhny currently achieves an average of 1,63 goals per game at home and concedes 0,38 goals. This results in a total of 2,00 goals per game. Last season, Nizhny Novgorod scored an average of 0,93 goals at home. At the same time, the team conceded 1,21 goals in their own stadium. The most common results at their home stadium last season were 0:0, 1:0 or 1:3. In the current season, home matches most often end 3:0, 1:0 or 2:1.

Their last match, Baltika had won 1:0 against Krasnoyarsk. This season, the team has been winning 2 out of 7 matches in away stadiums (28.57%). Baltika has won six matches and lost three matches in the last 6 months, with four games ending in a draw. In games in away stadium two wins were achieved. One match was lost while four matches ended without a winning team.

Yevgeniy Kaleshin’s team scores 1,00 away goals per game this season, mainly after the half-time break. On average, 1,86 goals are scored when Baltika plays in foreign stadiums. Last season’s statistics show Baltika scoring 1,21 goals per away match, while they conceded 0,93 goals. As the away team last season, the side’s game most often ended 0:0, 0:2 or 1:3. Baltika’s away games this season have ended primarily 0:0, 2:2 or 2:0. 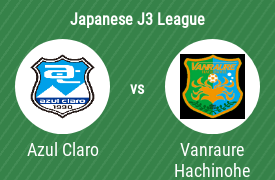