Newcastle United is a perennial player in the Premier League. They are basically not eligible for European wars every season, but they can also be relegated without worry. This season is no exception. They are currently ranked 14th in the standings, although In the face of underdogs, you can basically grab points smoothly. However, once you encounter a strong team, you will basically be passively beaten. In the past, there was no victory against the Saints, Chelsea, Liverpool, Manchester City and other strong teams. From previous performances Look, the team's ability to fight tough battles is not strong, coupled with the reasons for the injury of many players in the team, Newcastle United's strength is also discounted.

Leicester City’s recent performance is still commendable. Since the Europa group’s top spot promotion, the team has gotten rid of the torture of two-line combat, and the state and league record have begun to fully recover. Recently, they have won successively. Tottenham and the draw with Manchester City have only lost 1 in the past 7 matches. During the period, their striker goal rate is very efficient, averaging close to 2 goals per game. The main striker Vardy ranks second in the Premier League scorer list. The only shortcoming is that the team’s defensive performance is not stable. It is easy to expose some problems in the game. The last round of almost losing to Crystal Palace is an example. Although Leicester City needs an away game in this campaign, it is worth mentioning. However, Fox City's current away performance is far better than the main game. The league has only lost one away game to Liverpool so far, and the rest remain fully victories. The second best away ability in the league, second only to Manchester United. 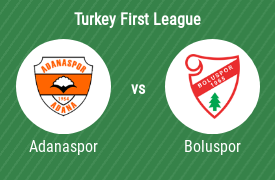