Current statistics of Mito Hollyhock Mito Hollyhock lost its last duel 3:2 against Ryukyu. The home team has won 6 out of 19 games in the recent six months. The home record for the last six months shows three wins, three draws and four defeats. In the current season, Hollyhock won 27.27% (3 out of 11) of the matches in their own stadium. 1 times it was enough to score one point, while 5 times the guests took all points. Overall, Hollyhock has six wins, six draws und eight defeats after 20 season games. Hollyhock’s current record shows an average of 3,55 goals per home game, of which 1,73 are their own goals and 1,82 are goals scored against them. In the current season, home matches most often end 2:2, 1:2 or 4:2. 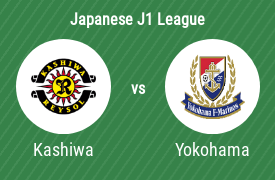