Liverpool hosts Man United in the English Premier League on 17.01.2021. The duel will start at 17:30. The venue for the match on Sunday is Anfield. The current 2nd therefore challenges the table-toppers.

Liverpool FC lost its last encounter 1:0 against Southampton. The hosts were able to win 11 of their 20 games of the past 6 months in their favour. The home record for the last six months shows eight wins, one draw and zero losses. In the current season, Liverpool won 87.5% (7 out of 8) of the matches in their own stadium. 1 times it was enough to score one point, while 0 times the guests took all points. In total, Liverpool has won 9 out of 17 season games. While it was enough to draw six matches, two games ended without points.

During the second 45 minutes of the game, coach Jurgen Klopp’s team can score more goals on average. Liverpool currently scores an average of 2,63 goals per match at home and receives 1,00 goals. This results in a total of 3,63 goals per game. Previous season, Liverpool FC scored an average of 2,74 goals at home. At the same time, the team conceded 0,84 goals per home match. The most common results at their home stadium last season were 2:0, 2:1 or 3:1. The most often final score in their own stadium last season was 2:1, 1:1 or 4:0.

Man United recently won 0:1 against Burnley. The team has been winning 6 out of 8 matches in away stadiums (75%) so far in this season. The statistics for the past 6 months show twelve victories, six draws und three defeats. In games in away stadium eight victories were achieved. Zero games were lost while two games ended without a winning team.

In the running season, coach Ole Gunnar Solskjaer’s team have scored an average of 2,63 goals per away game, primarily in the second 45 minutes of the game of the match. When Man United plays in an away stadium, there is an overall average of 4,00 scored goals per match. Previous season’s statistics show Man United scoring 1,37 goals per away match, while they conceded 1,00 goals. Last last season, away matches most often ended 2:0, 1:1 or 0:2. Man United’s most frequently played away 3:2, 2:2 or 3:1 in the running season. 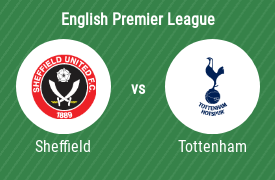