In the EFL League One Lincoln and Bristol will match on 10.10.2020 at 16:00. The venue for the match on Saturday is Sincil Bank Stadium. This fixture sees the current challenges the 15th in the table.

In their last match Lincoln City Football Club won 2:3 against Blackpool. The hosts were able to win 4 of their 4 games of the recent 6 months in their favour. The home record for the last six months shows two wins, zero draws and zero losses. In the current season 20/21, Lincoln has so far managed to win 2 out of 2 home games (100%). Zero matches ended in a tie and zero matches were lost at home. In total, Lincoln has won 4 out of 4 season games. While it was enough to draw zero games, zero games ended without points.

After the half-time break, coach Michael Appleton’s team can achieve more goals on average. Lincoln’s current record shows an average of 2,00 goals per match at home, of which 2,00 are their own goals and 0,00 are goals scored against them. Last season, Lincoln City Football Club scored an average of 1,65 goals in their own stadium and conceded 1,06 goals. In front of their own fans, the team’s games mostly finished 2:0, 0:0 or 0:1 last season. In the current season, the most frequent result in home matches was 2:0

In their last match, Bristol won 2:0 against Northampton. The team has been successful in 0 out of 2 away games (0%) so far in this season. The statistics for the past 6 months show one victory, one draw und two losses. In games in away stadium zero wins were achieved. One match was lost while one match ended without a winning team.

Ben Garner’s team scores 1,00 away goals per game this season, mainly in the first half-time. When Bristol plays away, there is an overall average of 3,50 scored goals per match. Last season, Bristol averaged 0,88 goals for and 1,76 against in away games. As the away team last season, the side’s game most often ended 0:2, 0:3 or 1:3. Bristol’s away matches this season have ended primarily 1:4, 1:1 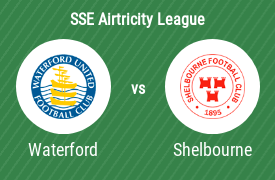