The match between Leicester and Fulham in the English Premier League will take place on 30.11.2020 at 18:30. As usual for Leicester home games, the match will be played on Monday in the King Power Stadium. The current 4th in the table therefore facesthe 18th placed team.

Leicester City FC lost its last encounter 3:0 against Liverpool. The home team has won 8 out of 18 games in the past six months. The home record for the last six months shows four wins, one draw and three losses. In the current season, Leicester won 50% (2 out of 4) of the matches in their own stadium. 1 times it was enough to score one point, while 2 times the guests took all points. In total, Leicester has won 6 out of 9 season games. While it was enough to draw zero games, three matches ended without points.

Coach Brendan Rodgers’ eleven tends to score in the second half-time. According to current statistics, Leicester will score 1,25 goals in each home game and will concede 1,50 goals, which is 2,75 goals in total per game in front of their own fans. A look at last season’s goal record shows Leicester City FC at home with an average of 1,84 goals. The average number of goals conceded in their own stadium is 0,89. Home games usually ended 2:0, 2:1 or 0:0 in the previous season. The most common final score in their own stadium last season was 1:0, 0:1 or 0:3.

Their last match, Fulham had lost 2:3 against Everton. This season, the team has been winning 0 out of 4 matches in away stadiums (0%). The statistics for the past 6 months show one victory, one draw und seven losses. During that period Fulham won zero away games while the team lost three games at away stadiums and one match ended in a tie.

There have been 1,00 away goals scored by Scott Parker’s team on average this season. Most of these coming after the break. On average, 2,75 goals are scored when Fulham plays in foreign stadiums. Previous season’s statistics show Fulham scoring 0 goals per away match, while they conceded 0 goals. In the current season, Fulham’s away matches have usually ended 0:1, 1:1 or 3:4. 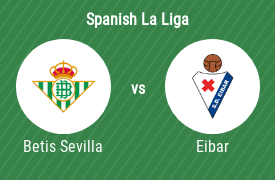