In the English Premier League Leeds and Everton will play against each other on 03.02.2021 at 20:30. So the current 12th in the table is playing against the 7th placed team.

In their last duel Leeds United FC won 1:2 against Newcastle. The home team has won 8 out of 19 games in the past six months. The home record for the last six months shows three wins, two draws and four losses. In the current season 20/21, Leeds has so far managed to win 3 out of 9 home games (33.33%). Two games ended in a tie and four matches were lost at home. In total, Leeds has eight victories, two draws und nine defeats after 19 season games.

After the half-time break, coach Marcelo Bielsa’s team is able to score most of their goals. Leeds currently scores an average of 1,44 goals per home game and concedes 1,56 goals. This results in a total of 3,00 goals per game. In the current season, home matches most often end 0:1, 1:0 or 5:2.

Everton last lost 0:2 against Newcastle. The team has been winning 6 out of 9 away games (66.67%) so far in this season. Everton has won ten games and lost six matches in the last 6 months, with three games ending in a draw. Everton managed to win six away victories. The team lost two matches in the foreign stadium and in one match the teams separated with a draw. 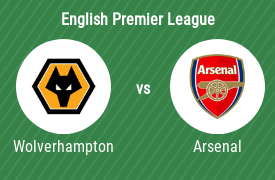