Kecioerenguecue will welcome Akhisar in the Turkey First League on 22.11.2020. The game will start at 11:30. The current 6th placed team meet the 8th in the table. In their last duels Kecioerenguecue has won one game and zero matches were drawn, Akhisar winning zero games.

In their last game Kecioerenguecue played 2:2 against Eskisehirspor. In the past 6 months, the home team has managed to win 7 out of 13 matches. The home record for the last six months shows four victories, one draw and one loss. In the current season, Kecioerenguecue won 50% (2 out of 4) of the matches in their own stadium. 1 times it was enough to score one point, while 1 times the guests took all points. In total, Kecioerenguecue has won 4 out of 9 season games. While it was enough to draw three games, two games ended without points.

Coach Ilker Puren’s team tends to score in the second half. Kecioerenguecue’s current record shows an average of 1,50 goals per game, of which 1,00 are their own goals and 0,50 are goals scored against them. Last season, Kecioerenguecue scored an average of 0,94 goals at home. At the same time, the team conceded 0,56 goals per home match. The most frequent results at their home stadium last season were 1:0, 0:1 or 2:1. In the current season, home matches most often end 1:1, 1:0 or 0:1.

In their last match, Akhisar played 2:2 against Boluspor. The team has been successful in 1 out of 4 matches in away stadiums (25%) so far in this season. Akhisar has won six games and lost three matches in the last 6 months, with four matches ending in a draw. In games in away stadium two wins were achieved. Three matches were lost while one game ended without a winning team.

Cem Kavcak’s team scores 0,75 away goals per game this season, mainly before the half-time break. When Akhisar plays away, there is an overall average of 1,75 scored goals per match. Last season, Akhisar had an average of 1,13 goals for and 1,25 against in away stadiums. Last last season, away matches most often ended 3:2, 0:0 or 1:0. In the current season, Akhisar’s away matches have usually ended 0:1, 1:0 or 2:2. 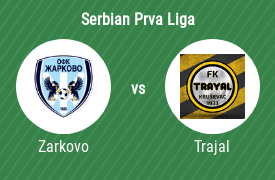