In the Champions League Juventus FC and Ferencvaros will play against each other on 24.11.2020 at 21:00. Juventus Stadium is the venue where the match is taking place on Tuesday. This clash involves the team now in 2rd place side against the 4th placed team.

In their last duel Juventus Football Club won 1:4 against Ferencvaros. In the 4 games of the past six months, the home team has won 3 games. With its own fans at home, Juventus FC was able to win one game, 0 times the duel ended with a tie and one match was lost. Juventus FC has managed to win 1 out of 2 home games (50%) in the current season (20/21) so far. Zero games ended in a draw and one match was lost at home. In total, Juventus FC has won 3 out of 4 season games. While it was enough to draw zero games, one game ended without points.

More goals are scored by Andrea Pirlo’s team during the second 45 minutes of the game. Juventus FC’s current record shows an average of 2,50 goals per game at home, of which 1,00 are their own goals and 1,50 are goals scored against them. Previous season, Juventus Football Club scored an average of 2,00 goals in their own stadium and conceded 0,33 goals. The most common results at their home stadium last season were 1:0, 2:1 or 3:0. In the current season, the most frequent result in home matches was 0:2, 2:1.

Ferencvaros recently lost 1:4 against Juventus. The team has been successful in 1 out of 3 matches in away stadiums (33.33%) so far in this season. The statistics for the past 6 months show three wins, three draws und two defeats. During that period Ferencvaros won one away game while the team lost one game at away stadiums and one match ended in a draw. 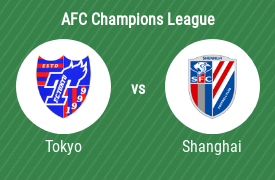