Esporte Clube Juventude recently played an encounter 0:0 against Cruzeiro MG. The hosts were able to decide 6 of their 16 games of the past 6 months in their favour. The team has had three wins, four draws and one defeat at their home stadium. In the current season, Juventude won 37.5% (3 out of 8) of the matches in their own stadium. 1 times it was enough to score one point, while 1 times the guests took all points. Overall, Juventude has six victories, six draws und four losses after 16 season games.

Coach Luiz Carlos Winck’s team tends to score in the second 45 minutes of the game. Juventude currently achieves an average of 1,13 goals per home match and receives 0,75 goals. This results in a total of 1,88 goals per game. In the current season, the most frequent result in home matches was 1:1, 0:0 or 1:2.

In their last game, Avai played 1:1 against Alagoano. This season, the team has been able to win 3 out of 7 matches in away stadiums (42.86%). In the past 6 months, Avai has won seven games, two matches ended in a draw and two games were lost. During that period Avai won three away games while the team lost three matches at away stadiums and one game ended in a tie.

In the running season, coach Augusto Inacio’s team have scored an average of 1,14 goals per away game, mostly before the half-time break of the match. On average, 2,29 goals are scored when Avai plays in foreign stadiums. Last season, Avai averaged 0 goals for and 0 against in their away games. In the current season, Avai’s away games mostly ended 0:1, 2:1 or 1:3. 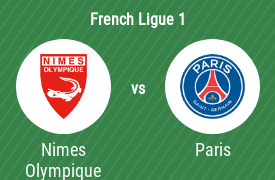