Gorica and Varazdin meet in the Croatian First Football League on 23.11.2020. Kick-off is at 18:00. The current 3rd placed team is challengingthe 9th placed team.

HNK Gorica won its last duel 1:3 against Sibenik. In the 19 games of the past six months, the home team was able to win 9 games. The home record for the last six months shows three wins, three draws and one loss. Gorica has managed to win 2 out of 3 home games (66.67%) in the current season (20/21) so far. One match ended in a draw and zero matches were lost at home. After 9 matches in the season, Gorica has six victories, one draw and two defeats.

In the second half, coach Valdas Dambrauskas’ team can score more goals on average. Gorica’s current record shows an average of 4,00 goals per game, of which 2,33 are their own goals and 1,67 are goals scored against them. Last season, HNK Gorica scored an average of 1,22 goals at home. At the same time, the team conceded 0,78 goals in their own stadium. Home games usually ended 0:0, 1:1 or 3:1 in the previous season. In the current season, home matches most often end 2:1, 2:2 or 3:2.

Varazdin last played 2:2 against NK Lokomotiva. This season, the team has been successful 2 out of 5 away games so far (40%). In the past 6 months, Varazdin has won eight games, three matches ended in a tie and three games were lost. During that period Varazdin won four away games while the team lost four matches at away stadiums and one game ended in a tie. 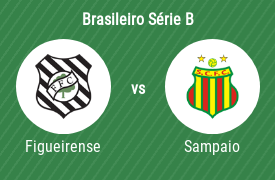