Spartans will host Senglea in the Malta Premier League on 30.09.2020. The game will start at 22:15. Thus, 14th placed team in the table is guesting at the actual top team of the league.

Hamrun Spartans recently won a game 1:4 against St Lucia. With its own fans at home, Spartans was able to win one game, 0 times the duel ended with a tie and zero games were lost. Spartans has managed to win 1 out of 1 home games (100%) in the current season (20/21) so far. Zero games ended in a draw and zero games were lost at home. After 2 duels in the season, Spartans has two victories, zero draws and zero defeats. Spartans currently scores an average of 5,00 goals per match at home and concedes 1,00 goals. This results in a total of 6,00 goals per game. A look at last season’s goal record shows Hamrun Spartans at home with an average of 1,00 goals. The average number of goals conceded in front of their own fans is 1,27. Home games usually ended 0:0, 1:2 or 1:0 in the previous season. In the current season, home matches most often end 5:1

Their last match, Senglea had played 1:1 against Zejtun. This season, the team has been winning 0 out of 1 matches in away stadiums (0%). Senglea was able to win zero away victories. The team lost one match in the foreign stadium and in zero matches the teams separated with a draw. On average, 4,00 goals are scored when Senglea plays in foreign stadiums. Previous season’s statistics show Senglea scoring 0,50 goals per away match, while they conceded 2,00 goals. Last last season, away matches most often ended 0:1, 1:4 or 1:1. Senglea’s most commonly played away 0:4, or in the present season. 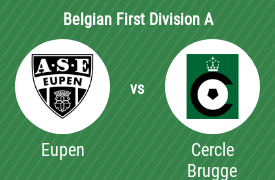