More goals are scored by Martin Svedik’s team in the second half-time. According to current numbers, FC Slovacko will score 0,50 goals in each home game and will concede 1,00 goals, which is 1,50 goals in total per game at home. The most common final score in their own stadium last season was 0:1, 1:1.

Sigma Olmütz recently played 2:2 against Pilsen. This season, the team has been successful 2 out of 3 away games so far (66.67%). In the past 6 months, Sigma Olmütz has won six matches, three games ended in a tie and three matches were lost. Sigma Olmütz managed to win three away victories. The team lost three matches in the foreign stadium and in one match the teams separated with a draw.

There have been 1,67 away goals scored by Radoslav Latal’s team on average this season. Most of these coming in the second 45 minutes of the game. Overall, Sigma Olmütz scored an average of 3,33 goals per away match. Last season, Sigma Olmütz played away with an average of 0 goals for and 0 against in away stadiums. Sigma Olmütz’ most likely played away 1:0, 4:2 or 0:3 in the current season. 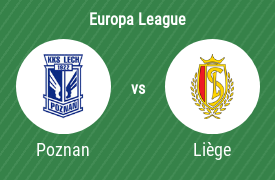