In the Spanish La Liga Granada and Valencia will match on 30.12.2020 at 17:00. As usual for Granada home games, the match will be played on Wednesday in the Estadio Nuevo Los Cármenes. Thus, 14th in the table in the table is guesting at the current 7th place side.

FC Granada lost its last encounter 2:0 against Real. The home team has won 6 out of 14 duels in the recent six months. The home record for the last six months shows four wins, two draws and one loss. In the current season, Granada won 57.14% (4 out of 7) of the matches in their own stadium. 1 times it was enough to score one point, while 1 times the guests took all points. After 14 duels in the season, Granada has six wins, three draws and five losses.

More goals are scored by Diego Martinez’ team before the break. Granada currently scores an average of 1,71 goals per match at home and concedes 1,14 goals. This results in a total of 2,86 goals per game. Previous season, FC Granada scored an average of 0,62 goals in their own stadium and conceded 1,23 goals. Home games usually ended 0:1, 1:2 or 2:1 in the previous season. The most often final score in their own stadium last season was 2:0, 3:3 or 1:3.

Their last match, Valencia had lost 0:1 against Sevilla. This season, the team has been able to win 1 out of 7 away games so far (14.29%). Valencia has won five games and lost ten matches in the last 6 months, with six games ending in a draw. In games in away stadium one victory was achieved. Six games were lost while three games ended without a winning team. Javi Gracia’s team scores 1,14 away goals per game this season, mainly after the break. On average, 2,57 goals are scored when Valencia plays in foreign stadiums. Last season, Valencia had an average of 0,83 goals for and 1,94 against in their away games. As the away team last season, the side’s game most often ended 0:1, 0:3 or 1:1. Valencia’s away matches this season have ended primarily 1:2, 2:2 or 0:0. 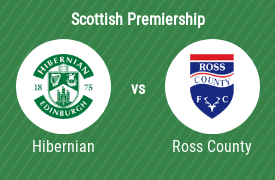