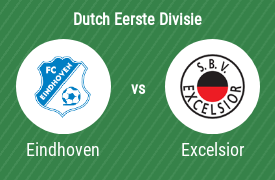 Eindhoven welcomes Excelsior in the Dutch Eerste Divisie on 09.10.2020. The match will start at 21:00. This fixture sees the current 10th in the table contests the 13rd place side.

Football Club Eindhoven recently lost a match 6:0 against Nijmegen. In the 6 games of the recent six months, the home team has managed to win 2 games. In front of their home fans, Eindhoven was able to win zero games, 2 times the duel ended with a tie and one match was lost. Eindhoven has managed to win 0 out of 3 home games (0%) in the current season (20/21) so far. Two matches ended in a draw and one match was lost at home. After 6 duels in the season, Eindhoven has two wins, two draws and two defeats.

Coach Ernie Brandts’ eleven tends to score in the second half-time. According to current numbers, Eindhoven will score 1,67 goals in each home game and will concede 2,00 goals, which is 3,67 goals in total per game in front of their own fans. A look at last season’s goal record shows Football Club Eindhoven at home with an average of 1,93 goals. The average number of goals conceded per home match is 1,53. Home games usually ended 1:1, 2:2 or 2:0 in the previous season. In the current season, the most frequent result in home matches was 3:3, 0:0 or 2:3.

In their last game, Excelsior lost 1:2 against Graafschap. The team has won 2 out of 3 away games (66.67%) so far in this season. In games in away stadium two victories were achieved. One match was lost while zero matches ended without a winning team.

Marinus Dijkhuizen’s team scores 3,00 away goals per game this season, mainly in the first half-time. On average, 4,67 goals are scored when Excelsior plays in foreign stadiums. Last season’s statistics show Excelsior scoring 1,50 goals per away match, while they conceded 1,64 goals. Last last season, away matches most often ended 4:1, 1:2 or 0:0. Excelsior’s most commonly played away 0:3, 3:1 or 6:1 in the present season. 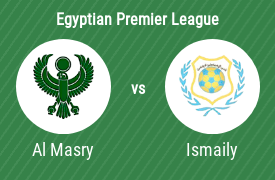 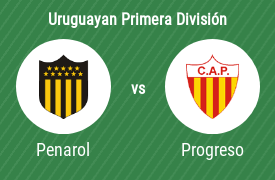