During the second 45 minutes of the game, coach Jean-Andre Ottaviani’s team can score more goals on average. According to current statistics, Bastia Borgo will score 0,83 goals in each home game and will concede 0,67 goals, which is 1,50 goals in total per game at home. Previous season, FC Bastia Borgo scored an average of 1,36 goals at home. At the same time, the team conceded 1,55 goals per home match. In front of their own fans, the team’s games mostly finished 0:1, 1:2 or 3:2 last season. In the current season, home matches most often end 1:1, 1:0 or 2:1.

Their last match, Concarneau had lost 2:0 against Sete 34. The team has been victorious in 2 out of 6 matches in away stadiums (33.33%) so far in this season. The statistics for the past 6 months show four victories, five draws und three defeats. Concarneau managed to win two away victories. The team lost two games in the foreign stadium and in two matches the teams separated with a draw. 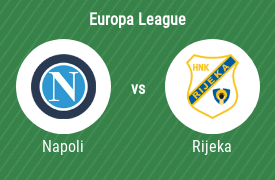