In their last game FC Erzgebirge Aue played 2:2 against St. Pauli. The hosts have magaged to win 6 of their 15 games of the past 6 months in their favour. In front of their home crowd, Aue was able to win three games, 2 times the duel ended with a tie and two matches were lost. Aue has managed to win 2 out of 5 home games (40%) in the current season (20/21) so far. Two matches ended in a tie and one match was lost at home. After a total of 11 games in the season, Aue has four victories, four draws and three defeats.

In their last game, Karlsruhe lost 1:2 against Fortuna. The team has been able to win 3 out of 6 matches in away stadiums (50%) so far in this season. The statistics for the past 6 months show seven wins, two draws und six losses. During that period Karlsruhe won four away games while the team lost three matches at away stadiums and one game ended in a draw.

Christian Eichner’s team scores 1,50 away goals per game this season, mainly in the second half of the game. On average, 2,50 goals are scored when Karlsruhe plays in foreign stadiums. Last season, Karlsruhe had an average of 1,12 goals for and 1,71 against in away games. As the away team last season, the side’s game most often ended 1:1, 2:1 or 1:2. In the current season, Karlsruhe’s away games mostly ended 2:1, 3:1 or 3:0. 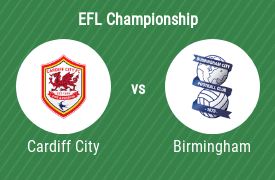