In the Spanish La Liga Elche and Villarreal will play against each other on 06.02.2021 at 18:30. Estadio Martínez Valero is the venue where the match is taking place on Saturday. The current 19th placed team meet the 5th in the table.

Elche Club de Fútbol lost its last duel 1:0 against Valencia. In the recent 6 months, the home team has managed to win 3 out of 19 matches. Elche had one victory, five draws and four defeats in front of their home crowd. Elche has managed to win 1 out of 10 home games (10%) in the current season (20/21) so far. Five games ended in a draw and four matches were lost at home. In total, Elche has won 3 out of 19 season games. While it was enough to draw eight games, eight matches ended without points.

Before the break, coach Jorge Almiron’s team is able to score most of their goals. Elche currently achieves an average of 0,80 goals per home game and receives 1,50 goals. This results in a total of 2,30 goals per game. In the current season, home matches most often end 1:1, 0:2 or 1:3.

In their last match, Villarreal played 1:1 against Sociedad. The team has been winning 3 out of 10 away games (30%) so far in this season. Villarreal has won eight games and lost two games in the last 6 months, with eleven games ending in a draw. Villarreal managed to win three away victories. The team lost two matches in the foreign stadium and in five matches the teams separated with a draw. 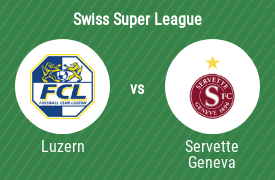