On 27.01.2021, Chambly and Chamois will cross swords in the French Ligue 2. The referee will get the game underway at 19:00. The actual 18th is challengingthe 11th placed team. Chambly won one game in their recent duels, Chamois won zero matches and one game ended in a tie.

Chambly FC lost its last duel 2:0 against Grenoble. The hosts have magaged to win 4 of their 20 games of the recent 6 months in their favour. Chambly had three victories, one draw and six defeats at home. In the current season 20/21, Chambly has so far managed to win 3 out of 10 home games (30%). One match ended in a draw and six matches were lost at home. All in all, Chambly has four victories, seven draws und nine defeats after 20 season games.

Coach Bruno Luzi’s eleven tends to score during the second 45 minutes of the game. Chambly currently scores an average of 0,90 goals per home game and concedes 1,40 goals. This results in a total of 2,30 goals per game. A look at last season’s goal record shows Chambly FC at home with an average of 0,80 goals. The average number of goals conceded in front of their own fans is 1,40. The most frequent results at their home stadium last season were 0:0, 0:1 or 1:0. The most frequent final score in their own stadium last season was 0:1, 1:2 or 0:3.

Chamois recently played 2:2 against Nancy. This season, the team has been winning 3 out of 10 away games so far (30%). Chamois has won seven games and lost eight matches in the last 6 months, with five games ending in a tie. In games in away stadium three victories were achieved. Five matches were lost while two matches ended without a winning team.

There have been 1,10 away goals scored by Sebastien Desabre’s team on average this season. Most of these coming in the second half-time. On average, 3,20 goals are scored when Chamois plays in foreign stadiums. Last season, Chamois finished with an average of 1,00 goals for and 1,79 against in away stadiums. As the away team last season, the side’s game most often ended 1:1, 0:1 or 1:3. Chamois’ most likely played away 1:0, 2:2 or 1:1 in the current season. 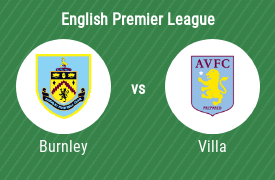