Penarol and Progreso face each other in the Uruguayan Primera División on 06.10.2020. The offical start is at 23:00. This fixture sees the actual 5th in the table contests the 9th in the table.

Club Atlético Peñarol recently won a duel 1:3 against Plaza Colonia. The home team has won 4 out of 10 games in the past six months. Penarol had three victories, two draws and one loss at home. Penarol has managed to win 4 out of 8 home games (50%) in the current season (2020) so far. Three games ended in a draw and one game was lost at home. After a total of 13 games in the season, Penarol has five victories, five draws and three losses.

Coach Mario Saralegui’s team tends to score in the second half. Penarol currently scores an average of 1,50 goals per match at home and concedes 1,00 goals. This results in a total of 2,50 goals per game. Previous season, Club Atlético Peñarol scored an average of 1,74 goals in front of their own fans and conceded 0,63 goals. Home games usually ended 1:0, 2:1 or 2:2 in the previous season. In the current season, home matches most often end 2:0, 0:0 or 3:2.

In their last game, Progreso won 3:0 against Wanderers. The team has won 1 out of 6 away games (16.67%) so far in this season. The statistics for the past 6 months show three victories, two draws und five losses. In games in away stadium zero victories were achieved. Three matches were lost while one match ended without a winning team.

There have been 1,17 away goals scored by Leonel Rocco’s team on average this season. Most of these coming in the second half of the game. On average, 2,50 goals are scored when Progreso plays in foreign stadiums. Last season, Progreso played away with an average of 1,63 goals for and 1,53 against in away stadiums. As the away team last season, the side’s game most often ended 2:1, 1:0 or 1:1. Progreso’s most frequently played away 1:1, 1:2 or 0:1 in the running season. 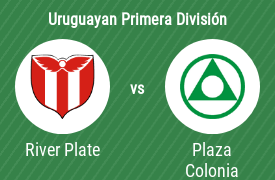