Brentford and Swansea meet in the EFL Championship on 03.11.2020. Kick-off is at 20:00. The stadium for the match on Tuesday is Griffin Park. This fixture sees the actual 11th placed team challenges the 3rd place side.

In their last duel Brentford Football Club played 1:1 against Norwich. The home team has won 10 out of 17 duels in the past six months. The team has had six wins, one draw and two losses at their home stadium. Brentford has managed to win 2 out of 4 home games (50%) in the current season (20/21) so far. One game ended in a tie and one game was lost at home. After a total of 8 games in the season, Brentford has three victories, two draws and three losses.

There have been 1,25 away goals scored by Steve Cooper’s team on average this season. Most of these coming after the half-time break. On average, 1,75 goals are scored when Swansea plays in foreign stadiums. Last season, Swansea finished with an average of 1,52 goals for and 1,30 against in away games. Last last season, away matches most often ended 1:1, 2:2 or 0:0. Swansea’s most often played away 1:1, 2:0 or 1:0 in the present season. 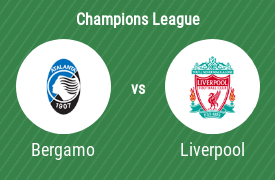