Benevento and Lazio meet in the Italian Serie A on 15.12.2020. The offical start is at 20:45. The venue for the match on Tuesday is Stadio Ciro Vigorito (Santa Colomba). The current 13th in the table therefore challenges the 7th in the table.

Benevento Calcio played its last game 0:0 against Parma. The hosts were able to decide 3 of their 10 games of the recent 6 months in their favour. The home record for the last six months shows one win, one draw and three losses. Benevento has managed to win 1 out of 5 home games (20%) in the current season (20/21) so far. One game ended in a tie and three games were lost at home. After 10 matches in the season, Benevento has three wins, two draws and five defeats.

Coach Filippo Inzaghi’s team tends to score in the second 45 minutes of the game. According to current statistics, Benevento will score 1,00 goals in each home game and will concede 2,20 goals, which is 3,20 goals in total per match at home. In the current season, the most frequent result in home matches was 1:1, 0:3 or 1:2.

Their last match, Lazio had won 1:2 against Spezia. The team has been able to win 4 out of 5 away games (80%) so far in this season. Lazio has won ten matches and lost nine matches in the last 6 months, with three matches ending in a draw. In games in away stadium six wins were achieved. Five matches were lost while one match ended without a winning team. 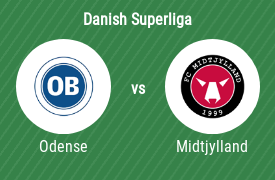