On 28.01.2021, Bahia and Corinthians will cross swords in the Brazilian Championship A Series. The referee will get the game underway at 23:00. The current 17th in the table thus challenges the 10th placed team. In their last meetings, Bahia managed to win three matches, and zero games ended in a tie. Corinthians won four matches.

Esporte Clube Bahia recently lost a game 2:0 against Sport. In the past 6 months, the home team was able to win 9 out of 31 matches. In front of their home fans, Bahia was able to win seven games, 1 times the duel ended with a tie and seven games were lost. In the current season, Bahia won 46.67% (7 out of 15) of the matches in their own stadium. 1 times it was enough to score one point, while 7 times the guests took all points. In total, Bahia has won 9 out of 31 season games. While it was enough to draw five matches, seventeen games ended without points.

After the half-time break, coach Dado Cavalcanti’s team can achieve more goals on average. Bahia’s current record shows an average of 2,73 goals per home match, of which 1,33 are their own goals and 1,40 are goals scored against them. A look at last season’s goal record shows Esporte Clube Bahia at home with an average of 1,26 goals. The average number of goals conceded per home match is 0,95. In front of their own fans, the team’s games mostly finished 1:1, 1:0 or 1:2 last season. In the current season, the most frequent result in home matches was 1:0, 1:2 or 0:2.

Their last match, Corinthians had lost 0:2 against Bragantino. The team has been victorious in 5 out of 15 away games (33.33%) so far in this season. Corinthians has won twelve games and lost ten matches in the last 6 months, with nine matches ending in a draw. Corinthians managed to win five away victories. The team lost six matches in the foreign stadium and in four games the teams separated with a draw.

In the current season, coach Vagner Mancini’s team have scored an average of 0,93 goals per away game, mostly before the half-time break of the match. On average, 2,07 goals are scored when Corinthians plays in foreign stadiums. Last season, Corinthians finished with an average of 0,89 goals for and 1,11 against in away games. As the away team last season, the side’s game most often ended 0:1, 1:1 or 0:0. Corinthians’ away games this season have ended primarily 1:2, 0:0 or 1:0. 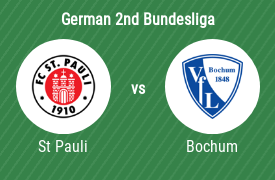 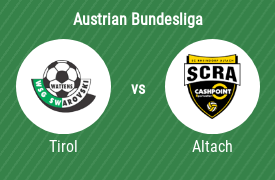