The clash between Backa Topola and Cukaricki in the Serbia Superliga will take place on 26.10.2020 at 17:00. This means that the currently 10th in the table is playing against the 8th in the table.

In the first 45 minutes of the game, coach Zoltan Szabo’s team is able to score most of their goals. Backa Topola currently achieves an average of 3,33 goals per home match and concedes 1,50 goals. This results in a total of 4,83 goals per game. A look at last season’s goal record shows TSC Backa Topola at home with an average of 2,13 goals. The average number of goals conceded per home match is 0,73. In front of their own fans, the team’s games mostly finished 2:0, 2:1 or 1:1 last season. In the current season, the most frequent result in home matches was 7:0, 3:0 or 1:3.

In their last match, Cukaricki lost 1:2 against Proleter Novi Sad. This season, the team has been victorious in 1 out of 5 matches in away stadiums (20%). Cukaricki has won six matches and lost five matches in the last 6 months, with four matches ending in a tie. Cukaricki managed to win one away victory. The team lost two matches in the foreign stadium and in four games the teams separated with a draw.

Dusan Djordjevic’s team scores 1,80 away goals per game this season, mainly in the second 45 minutes of the game. On average, 3,20 goals are scored when Cukaricki plays in foreign stadiums. Last season, Cukaricki had an average of 1,27 goals for and 1,80 against in away games. As the away team last season, the side’s game most often ended 2:2, 0:1 or 1:3. Cukaricki’s most often played away 0:0, 2:4 or 5:1 in the present season. 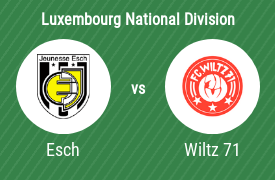 Skala IF vs B36 Torshavn: Match preview